I didn’t make top 8, but 10 of my opponents along with dozens more were very happy to spectate, listen to play-by-plays, and witness the power of BG Undergrowth yesterday as I piloted the deck to a 7-3 finish after 10 rounds. Losing mostly to missed land drops and mulliganing down to 5. 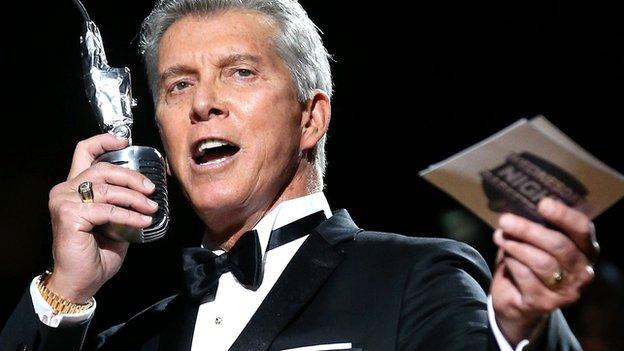 I am sure you guys want to know the play by plays in each round so without further adieu, let’s get ready to RUUUUMMMBLLEEE!!

In game 1, my opponent was mainly playing solitaire and reduced me from 20-18-16-13-11-10-8-6-4-2-0. Try to figure out the plays he did with those decrements and you might have solved the riddle. I kept a loose hand because I didn’t know what I was up against.

Game 2, my opponent had a slow start and skipped his 2nd land drop till turn 3 and i was already pushing for double 3/1 Glowspore against his 1/2 Ghitu Lavarunner. He managed to clear the board with Chainwhirler but a 8/8 Golgari Raider crashed in pinning him on the defensive. Double Lava Coil was his only out before several other creatures came in to close the game. Game 3, he quickly reduced me to 10 with quick attacks and clearing my board with Whirlers. However my Stitcher’s Supplied did supply me with so many bodies in the graveyard that a 2 Molderhulks came in to shut him down and a 9/9 Raider made short work reducing him from 20-3-0.

I lost Game 1 after bringing him down to 7 and I died at 6 from an Explosion, from which 6 damage was taken from my own Shocklands going down from 20 to 14, a huge punch from a Drake then Explosion.

Game 2 was a beat down game literally with Merfolk Branchwalkers doing quick hits, and Glowspore joining the fun. They met some removals along the way but more creatures came reducing my opponent to 9 in 4 turns. Molderhulk comes down and gets killed but Memorial to Folly has strained the opponent to have the answers. Molderhulk punches through once and opponent goes down to 3. Chemister’s for answers and finds a removal spell but took a hit from a land-finding Branchwalker and goes to one. Opponent draws and scoops. Game 3 my opponent took 2 hits from Glowspore early forcing the opponent to play his shocks tapped I guess. A Clarion kills both Shaman in my opponent’s third turn but both Shamans got replaced by Midnight Reaper and Stitcher’s Supplier. Opponent finds answers to both, and I draw Molderhulk in that exchange. Played it and passed the turn, opponent at 10. With my opponent running low on cards, kick-starts Chemister’s Insight at my end step and proceeds to tap out and cast Banefire at my Molderhulk, tapping out.

On my turn, I cast Lotleth Giant with 14 creatures in the yard, earning a smile from my opponent and from the people watching beside us.

I decided to sideboard the same way against Mono Red Keld. Game 2 my opponent kept a risky 1-land hand and failed to draw the second land before his life was 0 in 4 attacks. Glowspore, Midright Reaper and a Molderhulk on turn 3 to respond to his Chainwhiler was game.

Game 3 was where Necrotic Wound shined removing blockers to allow my creatures to punch through damage and put the opponent on the defensive. Molderhulk forces his Rekindling Phoenix to go on blocking duties but Deathgorge Scavenger made sure the egg never cracks. Game ends with me at 23, opponent at 0.

The tides went in reverse as my opponent quickly swarmed the board with Adanto, Legion’s Landing, History and Venerated Loxodon. I was able to hold the ground for some time but the indestructible Adanto Vanguard trades with my 1 toughness creatures very well. I lose the game with 2 creatures on my side facing half a dozen creatures with dice counters from the Elephant and a Lord (Benalish Marshall) watching from the side.

Game 2 I didn’t put up much of a fight either as the opponent had the same explosive draws. I was able to punch through twice with Glowspore bringing him to 14 but he brought me from 20-17-7-0 in 5 turns. I didn’t draw Soot nor Brontodon early enough to stabilize behind Izoni.

This was the most uneventful game because my opponent basically lucked out. Game 1 he mulled to 5 with double Goblin Electromancer in hand and never got the chance to wake up the Arclights. Game 2 he had double mountain and blue cards in hand.

Game 1, I mulled to 6 and we were both stuck with lands at the beginning. My Stitcher milling 2 lands and he kept a land with a lot of two drops and 1 Llanowar Elf. His Llanowar Elf got exiled by Necrotic Wound and I was hoping he doesn’t build his board state at all and fall behind very quickly. My pressure wasn’t as strong either so it took us 8 combat steps for me to kill him, trading creatures in between.

Game 2 I once again mulled to 5 but kept a good hand of millers and double Molderhulks. I scry-ed land on to top and drew it on the draw. Opponent punched early with Branchwalkers and Jadelight, traded early, and cast Find to get his threats back. After we traded punches, I have 9 creatures in the yard, 2 Molderhulks in hand and 1 Golgari Raider. On his board he had Carnage Tyrant and a Branchwalker and passed. On my turn I played both Molderhulks, getting two lands back untapped, and cast Golgari Raider with 9 counters. It ate a Branchwalker and I passed the turn. The opponent draw, stood behind the Carnage Tyrant and died behind it the next turn.

Game 1 was nerve-wracking for me because he just kept taking hits as if he had a play set of Settle the Wreckage in his hand. After a couple of Azcanta triggers, Seal Away and Justice Strike, he dropped from 20-19-18-17-15-12-6-0, with Teferi tucking two things to buffer the life totals.

SB IN: Trophy, Contempt, The Eldest Reborn, The Immortal Sun

Game 2, my opponent found his white source on the 4th turn after taking 10 damage. He was able to answer most of my threats but started to go low on cards. A  Molderhulk-Folly engine was starting to form. My opponent took a hit from 10 down to 4 after taking Sinister Sabotage from an Azcanta activation. He drew, played a land and passed. On my turn I took another swing with Molderhulk and my opponent proceed to dive into Azcanta but found nothing.

Game 1 was decided in my opinion by a Necrotic Wound on the Adanto Vanguard. It allowed my creatures to trade effectively with tokens and I was able to use Plaguecrafter and Ravenous Chupacabra to kill any creature who refuses to meet me in the red zone. I saw end-step March of the Multitudes and History, and Ajani and expected a Trostani so I sideboarded accordingly.

Game 2 my opponent revealed that he switched his game plan and went the more controlling, grindier match-up with Nova, Ferox but keeping a slow hand was not forgiven by a fast start of Stitcher, Stitcher, Midnight Reaper, Plaguecrafter, forcing us to trade blows, trade creatures with a combat phase March of the Multitudes. The game turned the corner when I already had 14 creatures in the yard including an Izoni and I had Memorial to Folly now entering the battlefield. My opponent took Folly for a quick read, counted my yard and said “14 insects are coming in, shit”. I didn’t disappoint him so come in 14 insects which traded blows with his 6 life linking creatures. I disregarded his Ajani because I can already reduce his life low enough to get him on the next alpha strike. He went town to 6 from 9 after the smoke cleared and lifelink recovered the damage. He said he had one out which was a Nova but he drew a land. I explained a Nova would have drawn me 3 cards off of Izoni, Molder and Reaper and I still had another Folly in play to get back Molder and just punch with a never-ending 6/6.  It was a very good learning experience for both of us as we shook hands and wished each other good luck.

Game 1, my opponent started with Legion’s Landing, Hunted Witness, a Tajic on curve while I set up a conventionally with Stitcher into Glowspore. We traded quick but a History of Benalia into Heroic Reinforcements knocked my lights out before I could stabilize behind 2 Molderhulks if only my Glowspore and double Stitcher triggers milled at least 5 creatures.

Game 2, my opponent kept a 1 land hand with 2 Tocatli Honor Guard and needed to top deck a plains, which he did.  This has set my game plan backward as I was stuck with double swamp and no way to cast my Glowspore to at least keep the pressure and forcing him to trade his 1/3s to my 3/1s. I had an Assassin’s Trophy in hand (which I couldn’t cast) but refused to use it (even if I could) because my opponent would then be able to fetch a land and start casting History and Tajic which will close me out before I find my 4th black source. My opponent decided to ram his Tocatli and my Stitcher exchanged damage 1 for 1. I finally drew a black source and played Midnight Reaper which got Lava Coiled, refusing to let me draw. A couple of more turns later I found Ritual of Soot which cleared the Tocatli, only to be replaced by another one next turn. I eventually landed a Glowspore only to be welcome by Ajani who reanimated the Tocatli I just killed. Now with 2, I trophied the untapped Tocatli and killed Ajani with Glowspore. My opponent drew his 5th land and cast Lyra. I had Chupacabra but with Tocatli, it was a double costed Grizzly Bear. I started down against Lyra and Aurelia followed the turn after so I did what I could, a firm hand shake and well wishes for my opponent.

I mulled to 5 in game 1 on the draw. Thankfully my opponent started with Elf into nothing until turn 4. I kept 3 lands, 1 Stitcher’s Supplier and Molderhulk, scried another Stitcher on top. After playing both Stitchers, I was able to cast double Molderhulk by turn 6 despite my opponent having Carnage Tyrant on his side. The game was done in 20 minutes with Folly on standby.

Game 2 I once again mulled to 5, keeping 2 lands and 2 Necrotic Wound and a Glowspore Shaman.  I scried Molderhulk to the bottom. My opponent was unforgiving and played Branchwalker into Midnight Reaper into Carnage Tyrant, sealing me off from recovering.

Game 3, I mulled down to 6 keeping double Forest, double Glowspore, Molderhulk and Stitcher Supplier. Black source came in turn 4 in Folly while my opponent cast double Nullhide Ferox on his turn 4 and 5. I didn’t see any way out and conceded, losing the chance for the win-and-in (but I doubted it based on standing and tie-breaks).

I may have missed my chance to take the Gold Rush title home but the day was one of the most memorable Gold Rushes I’ve played thus far. I believe there are 2 or 3 people in the venue who may have sleeved the same archetype but I am super happy to have placed this high with a brew I researched hard but hardly practiced.

I hope you guys enjoyed the article, and hope this encourages you to never fear brewing and testing it on the field. Who knows, you just might surprise people, share good stories, make people smile and share a good laugh.

If you want to learn more about the deck, sideboard options and mainboard configuration for your meta, shoot me a message or leave a comment!

PS. I think I still won the Gold Rush when I got home.