Let’s continue with rounds 5 through 8 with my brew below. 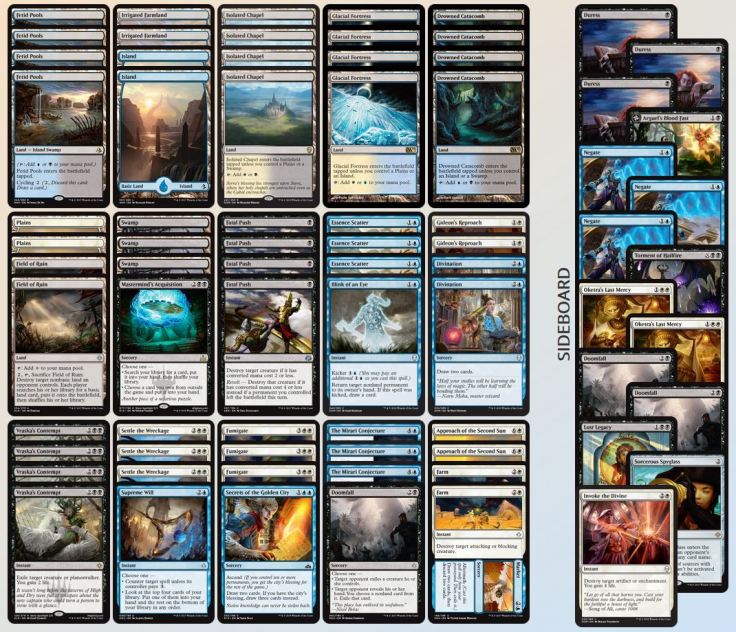 Round 6 – vs. Naya Goodstuff

The overall experience of the deck was really good. It had the lines to go for the long game and the only pitfall of the deck is when it misses land drops. The sideboard is also quite loose and would prefer maybe 2 more removal spells like 1 more Settle and 1 more Reproach, swap out 1 Negate for 1 more Invoke the Divine.

To further the deck’s concept, I’m studying how to use Precognition Field instead to extend my hand to the top of the library and keep my spells a bit safe against Duress. More on this on the next deck tech!